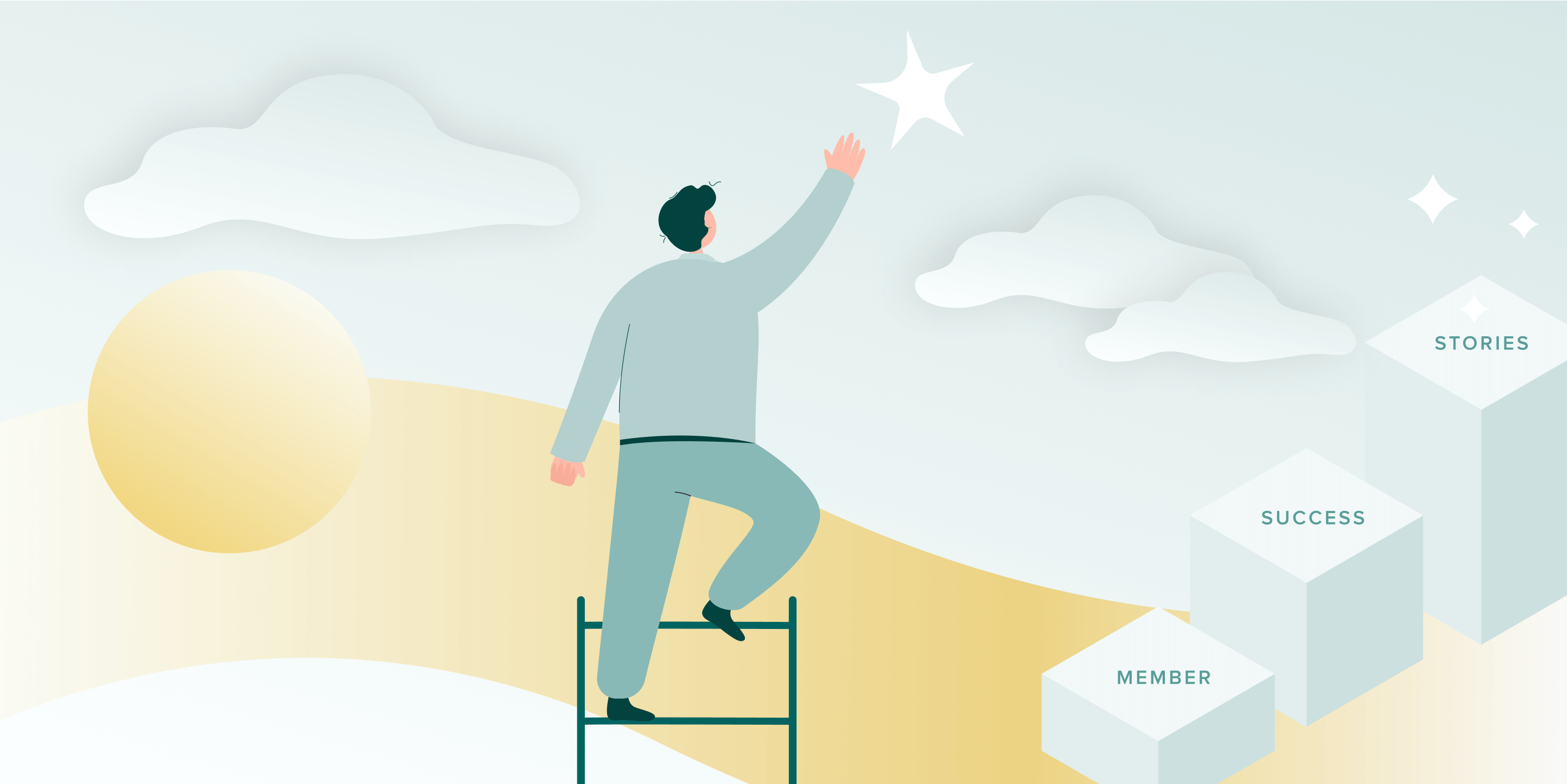 How a Care Team Helped this Member Beat Back Pain

How a Care Team Helped this Member Beat Back Pain

For more than a decade, Ruth Shelton, a 68-year-old woman living in Memphis, had been battling debilitating back pain. She was unable to live the life she wanted—until she came to Vori Health.

Taking care of her husband

Ruth’s plight began when her husband became ill. “He was a big man,” she recalls. “He would fall, and I would pick him up.” That caregiving led to an achy lower back, which eventually turned into sharp shooting pains traveling down her legs.

Ruth’s doctor diagnosed her with disc herniations (a condition in which the cushions in between the bones of the back push out of place) and stenosis (an overgrowth of the bones in the back which can put pressure on the spinal cord and nerves). She tried physical therapy, massage therapy, pain medication, nerve blocks, and other remedies. But nothing helped.

In 2013, her doctor recommended she undergo surgery to fuse bones in her lower back to help her pain. But for Ruth, who has medical conditions like diabetes and a long-term struggle with obesity, surgery did not help. In fact, it made things worse. It pushed the limits of her poor health and failed to improve her symptoms.

She coped for years with pain medications that made her feel “unlike myself,” she says. Rock bottom came when a diabetic ulcer landed her in the hospital. She had developed a life-threatening infection that almost cost her her leg. “I was basically in bed for almost a year,” Ruth describes. “I could barely walk. I couldn’t do anything.”

How a Care Team made the difference

Through a video visit, David Woznica, MD, a specialist in non-surgical spine and musculoskeletal care, evaluated Ruth and diagnosed her with adjacent segment syndrome, a back condition that can develop after spine surgery. He oversaw Ruth’s medical issues and prescribed a care plan of virtual physical therapy, health coaching, and nutrition counseling.

Together, Ruth's Care Team treated the multiple factors underlying her pain. “When I saw Ruth for the first time, I knew that we had to address her functional independence,” says Patrick Myers, PT, Ruth’s physical therapist. At the same time, Dorothy Dolan, RN, Ruth’s health coach, focused on her lifestyle. “My main goal was to get to know Ruth's goals, her stage of change, and what worked and didn’t work for her in the past,” says Dolan. “I wanted to see where she was willing to make changes, give her control that worked for her, and build trust.”

“Now I’m doing things that I like and love to do that I could never physically do before,” Ruth says.

Reaching her goals in record time

Within five weeks, Ruth lost more than 30 pounds and regained significant mobility and confidence. She continued weekly video visits and within a few more months, she lost a total of 55 pounds and lowered her pain from an eight out of ten to a three out of ten.

“Now I’m walking. Now I’m driving. Now I’m doing things that I like and love to do that I could never physically do before,” Ruth says.

The secret to her success

After years of struggling, Ruth says it was Vori Health’s whole-person approach that made all the difference and finally got her willpower working. “I’ve been on diets all my life,” says Ruth, who even underwent gastric bypass surgery in the past. But with other types of care, “you were just a body part," she says. "You weren’t a person. It wasn’t personal.”

At Vori Health, Ruth says her Care Team showed her how everything was connected. "The whole goal was for me to get out of pain,” she says. “[My Care Team] put it all together. They gave me the tools I needed and still need.”

New tools to use

Some of the most valuable tools that Ruth says helped her abandon unhealthy habits were mindfulness, positive thinking, and knowledge about why healthy eating matters.

“Dorothy taught me how to mindfully eat, what’s good for inflammation and pain, and what’s not,” Ruth says. “I know about portions,” explains Ruth. “But I saw it in a different way. I saw it in a ‘Get out of your pain’ way.”

Ruth also attributes her success to the amount of fun she had. “Patrick was just awesome!” she says. “I never would never even be walking if it wasn’t for him.” And, last but not least, Ruth appreciated the convenience of virtual visits. “I like that I don’t have to drive,” she says.

The best news of all: Ruth is still going strong! After achieving monumental milestones, Ruth continues to work weekly with her Care Team. Her next goal is to lose another 50 pounds. 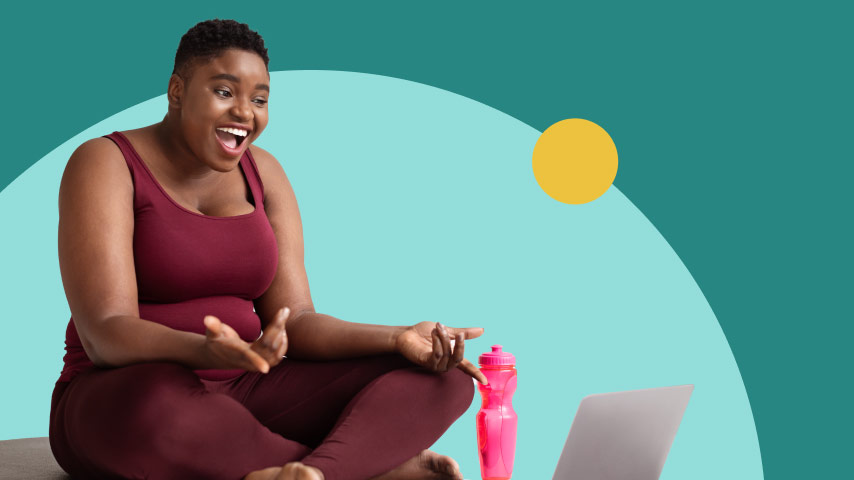 Dealing with back, neck, or joint pain?

We can help. See a doctor and start feeling like you again from the comfort and convenience of home.

When you’re in pain, the right care makes all the difference.

Get startedMeet your care team 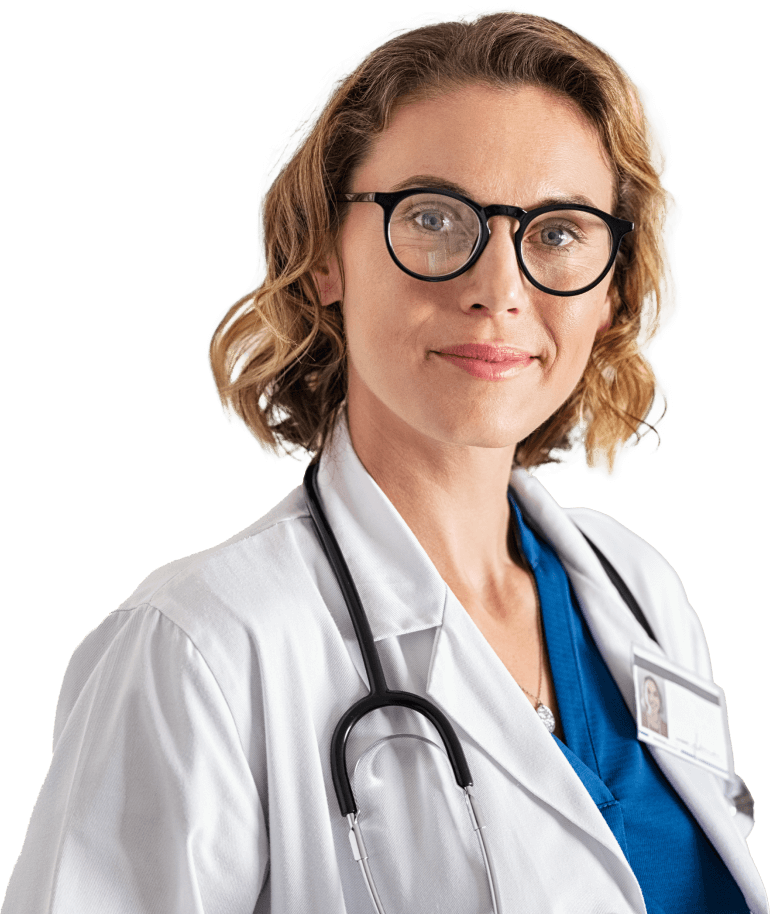